The most innovative and current 10 Top Construction in the world, until the speed at which now builds them conse- crate these are:

1. Freedom Tower, New York: with it’s 541 mt, or 1,776 feet, recalling the year of American independence, ideally, it preserves memory and protects all of Ground Zero.
2. Convention Centre, Dublino: a glass cylinder 54 meters high overlooking the Liffey River. The symbolic intersection with the granite wall, creating a semiparabola, heralds the building’s multimedia and multipurpose spirit, designed to give the city a greater international voice.

3. Shard London Bridge, Londra: designed by Renzo Piano on the old London Brid- ge Station, in a particular metamorphic London, it’s unknown how long it will be the tallest skyscraper in London with its 310 meters.

4. Art Science Museum, Singapore: the museum is a highly innovative work using reinforced polymer, previously used for the hulls of yacths and it’s a part of the large Marina Bay Sands hotel, recreational and commercial complex.

5. Markthal, Rotterdam: it is a covered market, built on the site where the city was founded in 1720.It’s intended to upgrade the surrounding area.

8. Perth Arena, Perth: conceived as the essence of a public building, the multifunctional stadium in Perth it’s like a prism, through which the city looks and can be seen. It changes from sports complex to concert venue, expanding or shrinking for capacity of 3,000 to 14,000 people.

9. Yas Hotel, Abu Dhabi: the mutating surface of the curved roof is made from 5,800 revolving glass panels that react to temperature, adjusting it indoors, and supporting video images of great visual impact.

10. Linked Hybrid, Pechino: it is a vertical city developing a residential complex in eight towers connected by horizontal walkways, offering a cinematic vision of the city; the urban interaction project is a marriage of environmental sustainability and sophisticated structural technology. 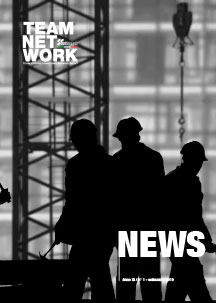